The Wireless is disabled hard-blocked despite having a correct driver loaded for it. Either it will get enabled only momentarily, or not at all. Is there a module name in front of it"Hard blocked: Does the wireless become active now?

If the answer to all four checks above is yes no. Reboot and the wifi should be active now.

A workaround, until it gets fixed, is given in the next post below. I'll update this post if and when found a fix to that. If the above trick works for you, I would STRONGLY recommend you to add yourself to the "Affected" users list of the following two bug reports to help getting more attention to the problem so that it gets fixed quickly: Please read posts 19 and 21 for details. Thanks to HansdeGoede for coming ASUS X200MA Qualcomm Atheros WLAN the rescue.

Cleanup if the above workaround doesn't work for you: Please see next post below varunendra October 18th, This is how - A. Create a Script to do it smartly: Make sure the first line is without double quotes "!

Bind the Script with a HotKey of your choice: In the GUI box that opens, 3 example shortcuts are already present. You may leave them.

This will open a tiny blank box doing nothing but waiting for your input. For example, "F3" key as it remains mostly unused. The tiny box will disappear and the key will be recorded.

From now on, as soon as you will press this key or the key-combination, the wifi will change its state from On to Off, or Off to On. The Fn key doesn't seem to be noticed by any key capture program I could find probably that's why it is considered "Hardware Switch"so it's not possible to use it yet.

The N processor is merely besides big underpowered, which is unsurprising given its price. There's lots of safe-keeping, too, amongst a GB difficult disk drive. Two Asus SonicMaster stereo arrangement speakers are located on the bottom of the laptop, flaming downwards. 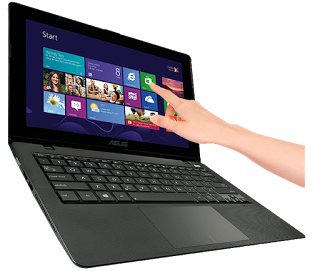 How to find the correct Wireless.