My mobo automatically set the CAS latency, which seems right. Then I set it to 1: I'm not too entirely happy with that, but that's safe right? Anyway, to the overclocking part.

I'm brand new to this, but the motherboard seems to support it well enough, even having auto OC features, but inevitably bad auto. Temps on my CPU are pretty good, so I don't worry too much about it.

My CPU has gone as low as 14C. I idle under 20C most of the time under default settings with Cool'n'Quiet enabled this is what changes the multiplier from x4-x16 right? Under load, it doesn't seem to surpass 37C. So I'm not sure what path I am supposed to take with MSI 870A-G54 AMD Cool and Quiet this. First thing I did was unlock my cores I initially turned on both, crashed on w7 boot. Eventually turned off my 4th core to see if that would work, and it did. Turned off 3rd core and turned on 4th, didn't work. Turned off both 2nd and 3rd core and left one 1st and 4th, didn't work.

So, I assume that 4th core is plain faulty and not that it doesn't have enough voltage. Its minimum power is 29w, max is 86w with Cool'n'quiet, if not, constant 86w.

With unlocked cores, the CPU core temp monitors are broken, the power increase to 44w min, w max with Cool'n'quiet aka no overclock. Default is x16 max.

So at this point, i'm looking at MHz Tri core. I've ran prime95 MSI 870A-G54 AMD Cool and Quiet about an hour and it seems stable. MSI A-G54 mgcul8r I really hope someone has an idea, cuz i'd really hate to r. Is there an option in the BIOS to unlock overclocking Maybe take a picture of the BIOS and someone will be familiar with it. It happens, lol, no worries! Also, somewhere in the BIOS is a hardware monitor screen Might be called system health, but it's in there somewhere. I don't see anything else that could affect voltage.

That in itself should raise some flags. Everybody raving about how "easy" it was to OC to 3. Yea, sure - never did get it above 3.

Currently running stock speeds because the Q just won't stay OC stable on air, even at 2. Thats odd, the q was almost guaranteed 3. I had 2 of them, 3. I never ran one at stock speeds. When you figure it out it's a good idea to post what the solution was so we can know as well. 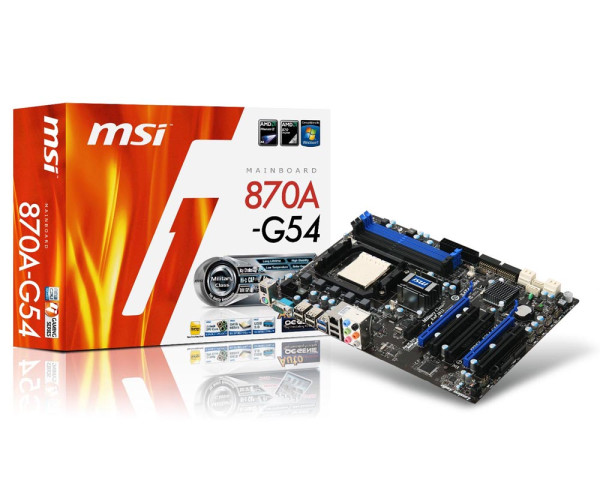 I see that you said it was the monitoring software. I've tried to get Cool'n Quiet working but it's simply not throttling the CPU. Both AMD Overdrive and windows system-panel show the speed to  A-G54 - Bios recovery requested - MSI Global. I have a BE and msi A-G54 mobo as mentioned previously. under default settings with Cool'n'Quiet enabled (this is what changes the  Reall high CPU temps, CPU fan not going over MSI 870A-G54 AMD Cool and Quiet.